Skip to content
Two Generations of Powerflushing Experience At Your Service
What is The Problem ?
Click Here To Book Your Visit. Five Year Guarantee And Nationally Accepted Power Flush Certificate Every Time. Updated:  7 January 2023.  Powerflush UK have been solving heating and hot water problems since 1992 when Bob Jones did his first “power flush” .  A time when few plumbers/heating engineers had heard of it.  Customers loved the increase in lifespan and efficiency of their heating systems when rust, sludge and debris was flushed out. Heat exchanger (for hot water) problems become a thing of the past.  Powerflush UK was set-up to provide the first nationwide central heating system power flushing service for domestic and commercial heating systems.

Since 2004 we have carried out over 5000 successful powerflushes in systems of all types and sizes.

PowerFlushUK will give your system a thorough inspection and after an efficient and effective procedure will provide you with:

We are the only specialist power flush company in the UK to achieve membership of the BRSIA.  You can view our certificates below.

Are you maintaining commercial premises?

PowerFlushUK has built up a wealth of experience of power flushing and remedial work in a variety of commercial premises , including offices, factories, warehouses and hotels. We can deal effectively with any large scale heating system. For examples of projects undertaken and to find out more about our commercial service, click here 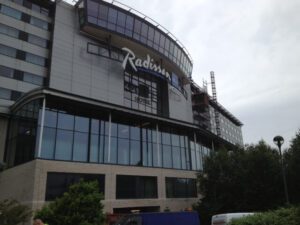 Power Flushing Reviews
How Much Does Flushing My System Cost?
What Is A Central Heating Flush?

How To Power Flush Your Radiators

Powerflushing is purely and simply a way of removing the rust that slowly builds up in your heating system and boiler over time. Water, chemicals, powerflush equipment and an experienced plumber are used to remove the rust and sludge from your central heating.  The flow of the machine is reversed from time to time using special three-way valves attached to the flushing pump.  This is an extra step to help clean the pipes and radiators to remove cold spots.

Do You Provide A Guarantee?

Yes, we provide a full guarantee.  At the end of each job we will post a certificate to you that guarantees your power flush.

Does The Engineer Need To Be Gas Safe Registered?

No.  A power flush can be undertaken by an experienced and knowledgeable plumber as we do not touch the gas supply or exhaust vent system.

Boiler cuts out or makes a banging noise

The reason that happens is generally one of two things:

1.  Your pump has failed or is stuck.  The water can’t circulate and therefore the water that is in the heat exchanger will boil very quickly.  In some older boilers in particular it takes a while for the thermostat in the boiler to turn the gas off.  In modern condensing boilers the thermostats are more sensitive and will extinguish the boiler flame quickly.

2.  There is a blockage in the main flow or return pipework, or with the water ways in the boiler heat exchanger which is either completely or partially blocking the flow of water through the boiler – so the water in the boiler starts to boil and make steam again.  Hence the popping, hisses and bangs.

Where does the rust in my heating system come from?

If you have seen someone else’s system powerflushed you will know what an amazing amount of rust and radiator sludge can come out, in all shapes and sizes. But, contrary to popular belief the vast majority of the sludge that you see does not come from your boiler. Most non-condensing boilers (those installed before 2006) have cast-iron heat exchangers and they, by and large, do not rust. The vast majority or rust and/or sludge in your heating comes from the radiators themselves as they are made from mild-steel.

Why does rust form in the first place?

Water is made of hydrogen and oxygen (one part H and two parts O = H2O). Oxygen is highly reactive and is always looking for somewhere to latch on to instead of the Hydrogen molecule. So, any time it comes across a piece of iron that is ‘bare’, i.e. unprotected, it is going to latch on to that and makes rust (most often Fe2O3). And that’s where rust comes from. Power flushing radiators will remove that.

How do I protect my heating system after it is cleaned?

Once you have had a specialist in to do the work for you, the best way of protecting your system is to have the heating system regularly topped upped with corrosion inhibitor. These stop the rust forming by adding a protective molecule to any exposed bare iron. That molecule (most often a form of another metal called molybdenum) parks in the place that the oxygen molecule would want to be. And the result is no rust. The only caveat to this is if your heating system has a design flaw in it and is pulling in fresh water all the time.

Yes, there are other ways of cleaning your central heating system, but they are nowhere near as effective as using a the right machine when it is used by a competent and experienced heating engineer. You can add any chemical cleaner in to the system, leave for up to four weeks (Warning:careful here if you have micro-bore pipework) and then open up the system drain-cocks and let the water run out.

When you do that the only force moving the water out of the system is gravity and that will not pick up any larger bits of rust. Those will be left in nooks and crannies.

This article from the original designer-makers of power flushing equipment explains in more detail why using an expert with the right kit is usually a good idea.

Yes, a powerflush can fix cold radiators. Particularly if they are cold at the bottom.  Sludge collects in a hump in the bottom of radiators so if your radiator is cold in the middle at the bottom it can be a sign that sludge is building up.  Other places that sludge commonly builds up are in the airing cupboard and at the manifolds in microbore systems.

Because we are in the business of providing a professional service, we do not get many people calling to ask advice about how to do a do it themselves. It can be done though, and it can be done well IF, you are (a) a very competent DIY’er who knows how heating systems work and what can affect them, (b) you have done your homework about what metals are used in your rads and boiler, (c) you know how to quickly put right the occasional leaking compression joint without making it worse and without making a mess.

Can micro-bore pipework be powerflushed? 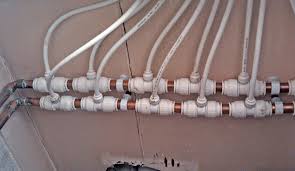 The short answer is “Yes, it can”, but with a great deal of care. 10mm microbore systems need to be approached in a very different way to standard sized pipework.   8mm microbore systems need a lot of careful thought before flushing out.Microbore pipework was first commonly introduced in the 1970’s in an attempt to reduce the amount of copper needed to install a heating system.

The first thing you need to find out is if your system actually has microbore pipework. If you don’t know, a generally reliable way of finding out is to hold up a standard biro and a permanent marker pen next to the pipe going in to your radiators. If the pipe size is closer to the thickness of the marker pen, you have 15mm. If it looks more like the thickness of a biro or pencil you have micro-bore pipework and need to be much more rigorous in your choice if powerflushing company.

The biggest difficulty with cleaning out micro-bore pipework is purely because the hole that the water and rust that I carries are so very much smaller than 15 mm pipework. If it’s not done correctly there is a risk of blocking the pipe going to or from a radiator completely. And then your looking at replacing sections of pipework. And as most of those are hidden under floors or within walls that is not an attractive prospect.

For more answers for YOUR particular problem please call.

For residential jobs please call Ben Jones on 07779 556827 , he is always happy to talk about powerflushing.

For commercial and industrial enquiries please call Bob Jones on 07738 356432.

5 Years Guarantee Get a quote