Bedfordshire is in the east of England. It is the fourteenth most-populated county in the country, with the bulk of the population being in either Luton or Bedford.

It is fair to say that Bedfordshire has been given a significant boost in its standing over the years simply due to its proximity to London, being just 25 miles outside of the city. This means that Bedfordshire, in recent years at least, has grown up to be somewhat of a commuter county, with many of the inhabitants of the main towns here travelling into London for work.

Interestingly, unlike many of the other counties in this area, the economy of Bedfordshire did not rely heavily upon natural resources. Instead, up until recently, the bulk of the economy of Bedfordshire was based upon agriculture. Even when other countries were transitioning to having their economy based around manufacturing, Bedfordshire remained in the farming industry. The area did dabble in the lace industry up until the start of the 20th Century, but that never really took off quite like agriculture, with products often being shipped to the monarch.

The abundance of fertile land in the county means that it should not be surprising that the area was settled early on, with the Anglian people being among the earliest to arrive on the lands. The area has been inhabited by several groups since.

Bedfordshire was one of the forerunners in the English Civil War. Due to several taxes issues to the county by the King over the years, they wanted him gone. In fact, records show that during the Civil War there was barely a person in the county that supported King Charles I. 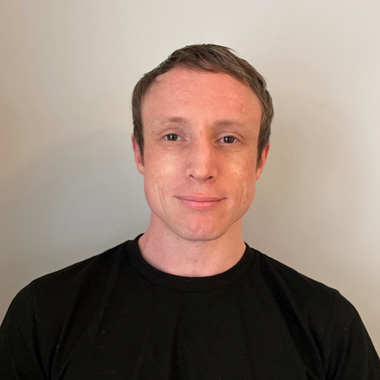 Hi. I'm Ben. Second generation of the Jones' powerflushing Dynasty. With over 4000 successful powerflushes under our belts, we provide the most experienced service available in the UK. Call me today for friendly, no-nonsense, professional advice about your particular situation.
Get A Free Quote

I would like to just say how impressed we were with Tom yesterday, he was extremely courteous, very structured and professional in his approach and kept us informed throughout the power flush process and not least of which he did an extremely good job. We are very pleased with resultant improvement in the heat being generated by the radiators and in particular the ones in the lounge which had not being working properly for some time. He is a credit to your company. We would not hesitate in recommending your company to anyone considering using your services.
https://www.powerflushuk.com/testimonials/roger-h-radlett-herts/
Peter, Northants
.....many thanks for the work that you and Tom carried out. We were very impressed by the quality of your...

.....many thanks for the work that you and Tom carried out. We were very impressed by the quality of your work and the no nonsense manner in which you got on with things. I shall certainly recommend you to my friends if they need a similar service!
https://www.powerflushuk.com/testimonials/peter-northants/
Anne, Leicestershire
Absolutely fabulous. For years I've struggled with my central heating. Power flush sorted it!

Absolutely fabulous. For years I've struggled with my central heating. Power flush sorted it!
https://www.powerflushuk.com/testimonials/anne-leicestershire/
Don, Essex
On time. No tea, no stops. Job well done. For once heating now working, for the first time in eight...

On time. No tea, no stops. Job well done. For once heating now working, for the first time in eight years as it should. Top team, thanks.
https://www.powerflushuk.com/testimonials/don-essex/
4
Power Flush UK
5 Years Guarantee Get a quote